Elephant Bushes are common landscaping plants in warmer climates because of their low maintenance and striking appearance. They’re also quite popular as houseplants as they grow well indoors too.

As the name Elephant Food suggests, this plant is edible not only by elephants but goats, tortoises, and other animals as well. It is estimated that these plants make up about 80% of an elephant’s diet.

It’s also safe for human consumption and is frequently used in southern African cuisine to add a unique sour flavor to dishes.

In its natural habitat, the Elephant Bush prefers the rocky outcrops of South Africa and Eswatini.

Elephant Bushes are succulent shrubs that grow up to 15 feet tall. The stems are a deep red color, and the leaves are fleshy, round, and about a half-inch in diameter.

The leaves are most frequently a vibrant green color, but there is also a variegated cultivar. The rounded leaves often cause the Elephant to be confused with Crassula ovata ‘Jade Plant’. However, Elephant Bushes are unrelated and have more tapered branches.

They also grow more quickly than Jade Plants and are often hardier and loosely branched. These two plants should not be confused if used for cooking as the Jade Plant is somewhat toxic.

When in bloom, the Elephant Bush produces purplish-pink star-shaped flowers. The flowers appear in small clusters, but generally only appear on older, more established plants. They also need a specific watering schedule in order to bloom.

Elephant Bushes are also ideal plants for anyone interested in succulent bonsai. They are relatively fast growers and can be easily trimmed to any shape or size.

Some gardeners also plant them in hanging containers as their shrubby appearance gives a unique look to vertical spaces. The variegated variety, in particular, tends to grow more outward than upward, making it ideal for hanging pots.

Elephant Bushes are incredibly easy to care for and make both excellent houseplants as well as outdoor landscaping plants if the climate permits. In the southwestern United States, they are popular in outdoor spaces as they tolerate the desert heat well and are easy to maintain.

Since they are edible, they do not pose any danger to pets or children, which makes them a safe choice for any family or pet-friendly environment.

When grown outdoors, Elephant Bushes thrive in partial shade or full sun. Bright light will bring out this plant’s most vibrant colors, but it should be introduced to the full sun slowly to prevent sunburn.

If moving your Elephant Bush outdoors, be sure to increase light slowly over a period of several weeks to reduce the risk of permanent sun damage. Sunburn cannot be treated and any areas that are burned will either need to be trimmed away or left alone. 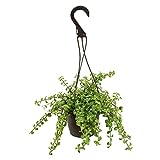 With enough sunlight, the leaves of the Elephant Bush can develop red or yellow tinted leaf tips. Some growers prefer this look, but if you don’t, you simply need to reduce the amount of light your Elephant Bush receives each day.

Unfortunately, this is not a plant for low light environments. Without adequate sunlight, Elephant Bushes etiolate and lose their shrubby shape. They do well under grow lights though, so if your home or office doesn’t provide enough light, you can supplement with artificial light.

Like other succulents, the Elephant Bush is susceptible to root rot if overwatered. It’s also quite drought tolerant, but if you can find a happy medium, you’ll be rewarded with a beautiful plant that grows quickly.

In winter, the Elephant Bush should be watered less frequently unless kept indoors in a particularly bright area. If conditions are consistent year-round, there’s little reason to restrict watering during the winter.

Most indoor Elephant Bushes will get by being watered every few weeks. Some gardeners recommend waiting until the leaves near the base of the plant begin to wilt before watering, while others prefer to water when the soil is dry.

Obviously, in warmer weather, your Elephant Bush will need to be watered more frequently as the water will evaporate from the plant and the soil more quickly. If planted outdoors, especially in hot climates, Elephant Bushes will need to be monitored closely to make sure they’re getting enough water.

Though Elephant Bushes are slightly more tolerant of overwatering than other types of succulents, standing water should be avoided to prevent the roots from rotting. For this reason, adequate drainage is essential.

Elephant Bushes are tolerant of extremely hot temperatures and will do well as outdoor plants in areas like Phoenix, Arizona, where temperatures regularly reach triple digits in the summer.

However, this is not a frost tolerant plant, so if you live in a climate that frequently sees freezing temperatures during winter, you’ll need to bring your outdoor Elephant Bushes indoors.

If temperatures do not regularly drop as low as 40 degrees Fahrenheit at night, you don’t need to make arrangements to bring your Elephant Bush inside as it should be fine outdoors.

When changing the location of your Elephant Bush, especially if there are significant differences in light or temperature, you can expect it to drop some leaves at first as it adapts to its new environment. This isn’t something to be worried about, though it may look alarming at first glance.

As with most types of succulents, the Elephant Bush will do best in well-draining soil. A cactus or succulent specific potting mix will be just fine for this plant.

Avoid using soil that is heavy with water retaining materials like clay or peat moss. This type of soil can hold too much water and put your Elephant Bush at risk of root rot.

Instead, look for soils that have plenty of large particles like gravel, perlite, and sand. Fine sand, however, should be avoided as it encourages water retention and doesn’t promote airflow among the root system.

As previously mentioned, the Elephant Bush can be grown indoors or out, in containers or in the ground. Where you grow your Elephant Bush will depend on your climate. If you live in an area that sees frigid temperatures in winter, it’s best to plant your Elephant Bush in a container that can be easily moved indoors.

Some gardeners also grow their Elephant Bushes in hanging containers as their bushy branches look appealing when hung.

No matter what type of container you choose, drainage should be a priority. Elephant Bushes need drainage, so you need to make sure your container has holes for the excess water to escape through.

Though it’s a common misunderstanding, lining the bottom of a container with rocks does not improve drainage regardless of whether there is a hole. Instead, it creates a ‘perched’ water table and puts your plant at risk of developing root rot.

Most gardeners propagate Elephant Bushes with cuttings as this is the fastest and easiest method. This plant is rarely grown from seeds. Though possible, the success rate is low and it’s a time-consuming process.

Stem cuttings are the most efficient method of propagating an Elephant Bush. Stem cuttings root in as short as four to six weeks, so it’s not a lengthy process. Cuttings should be taken during spring or summer to allow enough time for them to establish before the growing season comes to an end.

To take a stem cutting, use a sterile, sharp knife or pair of scissors or shears to cut a piece of stem below a branch or leaf node. An Elephant Bush with particularly abundant foliage will be able to give up several cuttings at once to allow for a fuller plant once the cuttings are transplanted.

It’s best to allow the cuttings a few days before planting to give the cuts time to callous. Allowing the cuts to callous will protect them from any pathogens present in the soil of their new container. Though the risk of infection is low, it’s always better to be safe than sorry.

Some gardeners also choose to propagate their Elephant Bush cuttings in water, rather than soil. Whether you use water or soil is up to you, as many gardeners find that one method works better for them than the other.

Once placed into water or soil, roots should begin to appear within a few weeks. If propagating in water, cuttings can be transferred to the soil once they have roots that are a couple of inches long.

Some gardeners may find that if they leave their cuttings in water for too long, the cuttings don’t transfer to the soil as well, so be sure to move them to soil as soon as you feel they are ready.

Once the cuttings are rooted and planted in soil, they can be treated the same as a mature Elephant Bush.

The Elephant Bush may also be grown from leaf cuttings, but the obvious advantage of stem cuttings is that it takes less time to grow a more complete plant. With leaf cuttings, you’re nearly starting from scratch.

However, propagating leaf cuttings can be a fun way to make use of any leaves that you accidentally knock off during pruning or transplanting. As with stem cuttings, it’s best to let them dry out for a few days before placing them in the soil to root.

See also
How to Deal With Common Succulent Pests

Leaf cuttings can also be propagated in water if you choose. The best way to propagate leaf cuttings in water is to cover your container full of water with clear plastic wrap. You can then poke the leaves through the plastic wrap, essentially suspending them above the water.

The base of the leaves will be submerged, leaving the bulk of the leaf above water. Beyond this initial step, the process of water propagation with leaves is roughly the same as it is with stem cuttings.

You may also want to consider dipping your stems or leaves into rooting hormone prior to planting. This isn’t a necessary step, but it can encourage faster rooting, so if you’re an impatient type, you may see results more quickly with rooting hormone.

Most common pests and diseases are preventable by following proper plant hygiene protocols. Remove dead and decaying plant material and make sure that the soil isn’t overly moist. Decaying matter and moist soil set up the perfect environment for pests and diseases to flourish.

Treating a pest problem can be an incredibly frustrating and time-consuming process, so prevention is key. Good hygiene is crucial, but so is quarantining any new plants that you bring into your home.

If your succulent collection is currently pest-free, keep it that way by separating any new plants to prevent the spread of annoying and damaging pests. It may seem silly to keep your new plant separated for at least two weeks, especially if it looks healthy, but you may be surprised after a few days to find creepy crawlies among its leaves.

Due to the short life cycle of most species of pests, it doesn’t take long for pest populations to become nearly out of control. They can quickly spread from plant to plant, especially if they’re in close quarters.

Rather than treating your whole garden, by isolating new plants for the first few weeks, you can limit the infestation to a single plant, which will be much easier to treat.

If you need help dealing with common succulent pests, read our guide here. 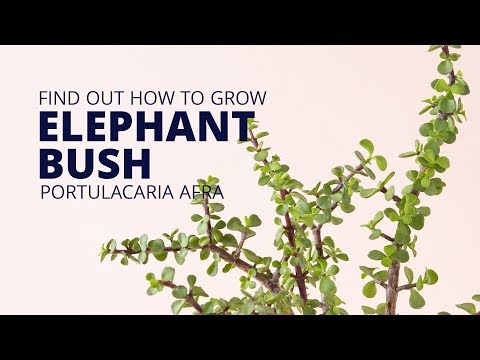