With the popularity of succulent terrariums and unorthodox planters, "fat plants" often end up in containers that don't have drainage. As we've discussed many, many, times before drainage holes are necessary for good plant health. But... if you're really insistent on that quirky container, you can just put gravel in the bottom to help the dirt drain, right? Wrong.

So it turns out that water doesn't always work the way you expect it to. You would think that putting gravel in the bottom of a hole-less container opens up space for water to drain into, and eventually evaporate. But water is under the effect of these weird little forces called cohesion and adhesion. Those mean that water likes to stick to itself and it likes to stick to other things, respectively. Capillary action is what happens when these two forces combine to pull water up small spaces. You can see this effect in your drinking straw, how the level of liquid is often higher than the level in the glass. Coincidentally, these forces are also how plants get water from their roots to their leaves!

The interaction of these forces and gravity creates something called a water table, which forms whenever you put water in a container. In pots with drainage, the water table is much lower because water is able to flow out of saturated soil. If the water is unable to drain, it naturally climbs higher into the soil, raising the level of the water table. 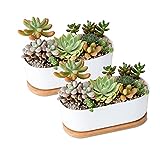 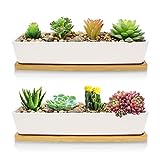 Every growing medium will have its own water table, determined by these forces and the composition of the soil. The height of the table is not affected by the size of the container, as illustrated here:

So when you put gravel in a container, how does it affect the water table? Not in the way you want it to! The gravel forms what is called an aquitard, a layer impenetrable by water. That doesn't necessarily mean that water can't slip between the cracks in the gravel, but that it would prefer to stick to other stuff like dirt. Adding a layer of gravel to the bottom artificially raises your water table by acting as an aquitard. Any water table above an aquitard is called a perched water table.

There are, of course, methods of testing whether or not your soil is staying wet at the bottom. Soil moisture sensors exist, and can be used to see if the soil stays wet a long time after watering.

So I shouldn't use gravel?

No, don't do it! You are essentially making your pot shorter if you do. Look at the illustration above - shorter pots inundate your roots. In fact, you should strive to plant all your plants in tall pots.

Again, the diagram shows that the taller a pot is, the lower the water table is. Your goal is to always have your plants roots out of the water table, perched or otherwise, to prevent them from drowning. They need to breathe too!

Sublime Succulents won't advocate the use of pots without drainage holes, but if you must use such a container, a tall one with infrequent waterings is your best bet.