Star Cactus also known as the Astrophytum asterias , Star Peyote, Sand Dollar Cactus, or Sea Urchin Cactus, is native to Texas in the United States, as well as Mexico. These petite cacti are popular among gardeners due to their beautiful flowers and unique appearance.

The Star Cactus is particularly popular with Japanese gardeners, who are responsible for creating several cultivars. This is not an easy cactus to care for, however, and some people have found more success by grafting them onto Echinopsis.

This species is actually listed as endangered in the wild by the United States Fish and Wildlife Service. It is also listed as vulnerable or critically imperiled by other organizations, making it illegal to trade wild-collected Astrophytum asterias.

Astrophytum asterias is a low-growing cactus that typically stands less than 3 inches tall and about 6 inches in diameter at maturity. The spineless stem is flat with no branches and around 8 ribs. The stem is also dark green with wooly areoles and tiny white specks.

When in bloom, A. asterias produces large yellow flowers with orangish-red centers. The flowers often reach up to 3 inches in diameter and appear in the spring. After the flowers, these cacti produce wooly fruit that can be green, pink, or dull red in color.

See also
Why You Should Trim Cactuses: Cacti Trimming 101

There are a few different cultivars that have mainly been produced by Japanese gardeners. They all require similar care but are slightly different in appearance. All cultivars produce large, showy flowers when in bloom.

This cultivar stands out from the rest because of its large, wooly areoles. The wool can vary in color from pure white to a shade of yellow, orange, or brown.

This cultivar also goes by the names ‘Showa Red’, ‘Shinshowa Akabana’, and ‘Syowa Kabuto’. It’s one of the most popular cultivars because of its vibrant pinkish-red, orangish-red, or purple-red flowers.

This cultivar may be the most popular Astrophytum asterias cultivar. It can be recognized by the mosaic of white spots across its epidermis. The flowers of this cultivar are yellowish-white with orange centers.

Star Cacti are not fast-growing succulents, and they require specific care and plenty of patience. Mature Astrophytum asterias are beautiful plants, but it can take many years for them to reach their full potential.

If you can manage to provide your Star Cactus with the right combination of care, you may be rewarded with big, flashy flowers.

A. asterias does best with light shade or partial sun. Contrary to many species, the color of this cactus actually deepens when it’s allowed some shade.

When grown indoors, some indoor spaces may not be able to provide sufficient light for the Star Cactus. If this is the case, artificial light may be supplemented by using a grow light.

Grow lights are ideal for ensuring that Star Cacti are getting adequate light. If you’re new to grow lights, read the Complete Guide to Grow Lights first.

As with other species of cacti, Astrophytum asterias are sensitive to overwatering. Too much moisture can lead to root rot, which may not be evident until your cactus is beyond help.

Remember, this cactus is native to extremely dry climates with infrequent rain, so keep this in mind when watering your Star Cactus.

Star Cactus are also particularly sensitive to humidity, so if you have a humidifier in your home, you’ll need to keep this cactus far away.

Star Cacti should be watered infrequently between March and October. As this cactus goes dormant in winter, watering can be stopped around October as temperatures drop.

This cactus is perfectly happy waiting for water until spring when it begins to warm up. Watering during winter can result in rot, as the cactus is not actively growing and able to use the water you provide for it.

Astrophytum asterias is not a cold-tolerant plant, but it is capable of surviving temperatures as low as about 20 degrees Fahrenheit for short periods of time. This is true as long as the cactus is kept dry through the winter. Moisture during winter will make this cactus less cold hardy.

During their dormant period in winter, these cacti prefer temperatures between about 40- and 60-degrees Fahrenheit. The cooler temperatures contribute to the cactus’ dormancy, so it’s possible that cacti grown indoors may not experience winter dormancy.

When grown indoors, temperatures are generally more consistent year-round than when Star Cacti are planted outdoors. If light and temperature are the same at all times of the year, you may not need to treat your cactus any differently during the winter.

Star Cacti require well-draining soil in order to maintain their preferred dry lifestyle. They don’t do well with excess moisture, so their soil needs to allow excess moisture to drain away quickly.

Soil with water-retaining ingredients like coconut coir, peat moss, or clay will eventually cause root rot and should be avoided. Instead, look for grittier soil mixes containing gravel, coarse sand, bark, and perlite.

You can always make your own soil mix as well. Combining a high-quality cactus soil with a gritty mix often results in the ideal Star Cactus substrate.

As you choose your soil, don’t forget to also choose a container that will further allow that water to drain away. Fast-draining soil will do no good if the water can’t escape the pot.

Though it may be tempting to plant your Star Cactus in a cute pot with no drainage, you’ll soon be left with a cute pot and no Star Cactus.

Lining the bottom of your pot with rocks or gravel should also be avoided. This does not improve drainage and instead creates a perched water table, which places the water closer to your cactus’ roots, potentially putting it at risk of developing root rot.

Pots that are too large for the cactus may also increase the risk of accidental overwatering. The larger the pot, the more moisture it’s going to retain, so try not to plant your Star Cactus in any container larger than it needs to be.

It’s not uncommon for these cacti to be repotted at the beginning of every growing season, so don’t worry if the new pot isn’t that much larger than the old one.

The Star Cactus is one of the few species of cacti best propagated by seeds. The seeds can either be collected from the dried flowers or purchased online anywhere succulent and cactus seeds are sold.

Astrophytum asterias seeds are quite fragile and have a short shelf life, so it’s important to handle them with care and get them in the ground quickly.

Some gardeners recommend soaking the seeds prior to planting, but this is an optional step.

Sow the seeds in a container filled with well-draining cactus soil. The soil should be moist, but not overly wet, which can cause the seeds to rot. The seeds should just barely be covered by the soil.

It’s best to keep the seeds covered to help retain heat and moisture while they germinate. It can take up to several weeks for the seedlings to appear, so it’s important to be patient.

Once the seedlings have sprouted, you can uncover them and slowly acclimate them to increased light levels. After they’re properly acclimated, you can begin treating them as you would a mature specimen.

Since Star Cacti are quite fragile at this stage, it’s recommended to let them grow for some time until they reach a sturdier size before transplanting them.

After any type of handling, this cactus is extremely sensitive and can easily suffer from overwatering.

Star Cacti are prone to common succulent pests like scale and mealybugs. Most pests are easier to prevent than treat, so be sure to check your cacti regularly to make sure there aren’t any infestations moving in.

Though these cacti thrive on neglect and can go several weeks or more without water, it’s recommended to check them at least once per week.

When it comes to pests, the sooner you can treat them, the easier the process will be. Most pests have a short life cycle, which means their population can explode in a matter of weeks.

If those pests are allowed to feed and grow, they might just reach the numbers needed to kill your Star Cactus. Larger pest populations are also extremely difficult to treat.

Though it takes just a few weeks for thousands of pests to move in, it can take up to several months or more to get rid of them. This is why prevention is so crucial.

Astrophytum asterias is a very sensitive plant and the experience of an overwhelming pest problem and subsequent treatment can be too much for them, so be sure to tackle the problem as early as possible. 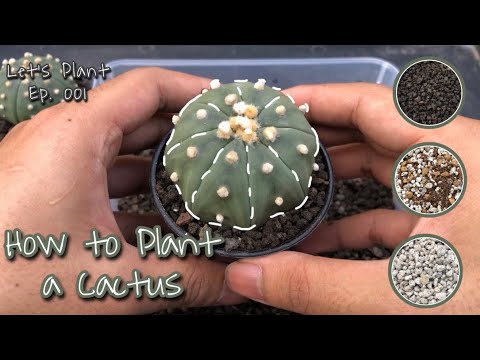