Do Cactus Spines/Needles Grow Back?

Few plants are as protected as the prickly cactus, but even that defense is breached from time to time. What do you do if your cactus loses some spines?

Will my cactus’ needles grow back?

Sadly, the answer is “probably not”.

You might not be able to tell, but cactus spines only grow out of a specialized structure called an “areole”. In fact, the presence of areoles is typically considered the defining characteristic of cacti – it’s what makes a plant a cactus and not one of the many other kinds of plants with spiny, thorny, or otherwise prickly protrusions.

If the areole of a cactus is removed or too-heavily damaged, it won’t be able to continue producing spines. Areole damage can happen in a couple ways:

Here’s the “after” picture for that image at the top of this article. A few months after the chop (which was made so that I could try to graft two cacti together), this is how it healed (hint: the graft didn’t take haha). No new needles! 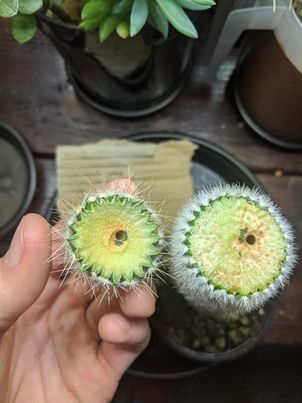 Do cactus needles grow back if the areole is undamaged?

There are certainly some scenarios in which a cactus spine might get broken off without actually damaging the plant underneath. It happens a lot when moving and repotting cacti. Will a cactus regrow a damaged or missing needle?

Again, probably not. Some types of cacti (Mammillaria come to mind) are not overly attached to their spines and will drop them if you apply a little pressure. I *have* seen Mammillaria spines come back, but it’s a slow process (a couple years) and not guaranteed.

If you snap in half the one-inch needle of a Ferocactus, however, don’t expect it to get replaced. The plant probably doesn’t even “know” that the spine is damaged – all that tissue was already dead, the only living part of the spine lives at its base, in the areole. It has no way to communicate to itself that the spine is broken, and most cacti don’t regularly replace spines… so broken it will stay. 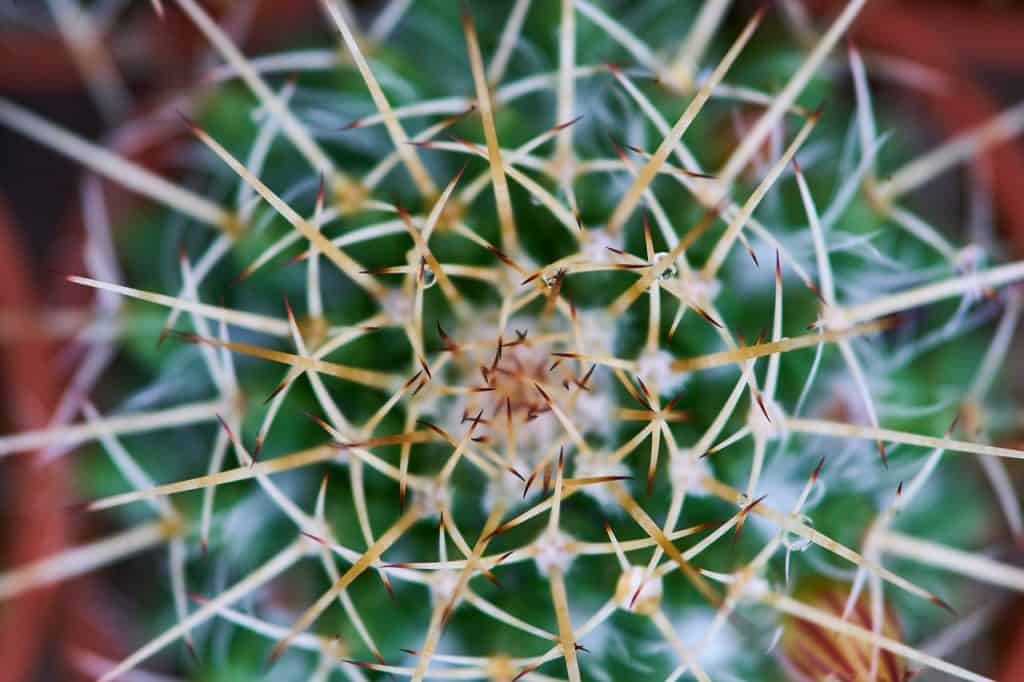 A Ferocactus with many intact spines 🙂

How to avoid breaking cactus spines

Now that you know that the chance of repairing damage to cactus spines is slim, let’s talk about some ways to keep your prickly pals protected.

There’s not much you can do about accidents, but we can mitigate the risk of necessary plant-related chores. Repotting cacti is tough at the best of times. How do you handle a cactus without hurting it?

Totally soaking the soil to loosen the roots is the first step. I often poke the dirt repeatedly with a chopstick or similar to break up the soil a bit more.

You have to be able to get a grip on the cactus that is gentle, firm, and doesn’t put you in danger of being stabbed. The BEST method is to use a piece of scrap carpet or rug; it’s the perfect balance between thick and protective and soft enough to prevent damage to your cactus. It might even give you a bit of extra grip if those needles have a Velcro-like effect. 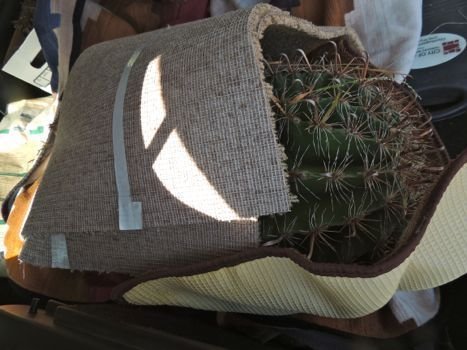 Obviously, no matter what method you pick to move your cactus, you should wear proper protection for yourself! Thornproof gloves (often made of leather) are pretty much mandatory, and I would opt for eye protection if it was easily available.

If you opted out of wearing proper protection and now regret it, let this article about removing cactus needles is the soothing balm you require.

How to Grow Succulents and Cacti from Seeds

Table of Contents Where to buy succulent seedsLocallyCactusPlazaSucculandAmazonEtsyHow to grow[...]

5 Ways You Are Killing Your Succulents

Table of Contents 1. Don’t Plant Succulents in Terrariums or[...]

Table of Contents Which Succulents to Choose for BeginnersEcheveria “Neon[...]

Do Cactus Spines/Needles Grow Back?