Spider mites are difficult pests to tackle. Most of the time you don't even know they're a problem until the infestation is at advanced stages.

Fortunately, the damage they inflict on plants is slow, so you will have an opportunity to react. Read on to find out how to treat spider mites on succulents and cacti!

Spider mites are not, in fact, spiders. They're mites. Both have 8 legs, so that makes them a part of the Arachnid family (along with ticks and scorpions). These particular arachnids are super small - about ⅛th of an inch. You might need a magnifying glass to see them, or you might be able to watch for specks moving.

The reason they're called spider mites, then, is because they spin small, wispy webs to protect them from predators. These webs aren't much like spider webs, which are usually designed with an intentional pattern and made of varying kinds of strong webs. No, spider mite webs are messy and unorganized.

They tend to live on the undersides of leaves or in crevices where the stem and leaves meet. Spider mites are also almost always found in colonies; large groups of dozens or hundreds of individuals.

Spider mites feed by puncturing the top layer of a plant's skin and sucking out the juices. While an individual mite couldn't really damage a plant, the combined effect of a whole colony can wither a plant in a matter of days.

Read Also: How to Deal With Common Succulent Pests

And, unfortunately, the colony can grow rather quickly. A female mite usually lays about 20 eggs every day of its month-long life, and those eggs hatch in just a few days.

Read Also: How to Get Rid of White Mites

Most garden pests like warm, moist conditions. Spider mites are unique in that theydon'tprefer to be damp.

In fact, spider mites thrive in hot and dry climates. That sounds an awful lot like the preferred climate for succulents, doesn't it? 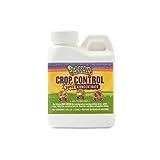 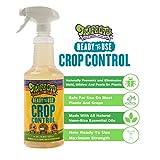 Since there is so much overlap in the optimal growing conditions for both organisms, these mites tend to be very common pests on succulents and cacti.

Spider mites are acosmopolitanspecies. That doesn't mean chic and urban - it's a science term that pretty much means they're found everywhere in the world.

Although the mites usually hang out on the bottom of the leaves, and also feed there, the damage is often visible on the tops of leaves as well.

However, if your succulent has especially thick leaves (like many do) you might not notice until it's too late! Be sure to inspect your succulents thoroughly at least once a week!

The damage you're looking for is fairly inconspicuous. It generally appears as small dots or patches of yellow/white/brown leaf discoloration. A serious infestation will eventually cause a whole leaf to yellow and drop off, though its neighbors may still be healthy.

Of course, the best and easiest method of identifying spider mites is to simply keep an eye out for their distinctive webs! They're much bigger than the bugs themselves and a surefire sign that they're present.

Read Related Reading: How and when to fertilize succulents

If you've got these bad boys, you're in it for the long haul. There are few other pests that rival spider mites in terms of tenacity and stubbornness.

They're also particularly difficult to treat because, not only are they on the protected underside of leaves, but they are protected by their web! Some chemical treatments won't work unless applied directly, so you'll probably have to deal with the webs first.

See also
Why Is My Succulent Turning Red?

Spider mites hang out on the underside of leaves, remember? And neem oil is kinda sticky - it's not going to drip down and sufficiently coat the bottom of the leaf.

If you want to use neem oil, you're going to have to make a conscious effort to get underneath the plant. I'd recommend securing some plastic wrap over the soil then turning the pot upside down; you'll keep most of the dirt and you can spray directly onto the mites.

As with all neem oil usage, reapply every 2-3 days until the infestation is gone. If you anticipate battling off another infestation, you can use it as a preventative measure as well.

Let me be clear - water alone won't solve your mite problem. It might slow it down at best. The water treatment is best used in conjunction with another solution.

If you're lucky enough to find these pests at the very beginning of the infestation, some aggressive water spraying could dislodge them. More importantly, the water will remove their web.

Without their webbing, spider mites are very vulnerable to both natural predators and chemical treatments.

Use a garden hose or a directed-stream spray bottle and get up under the leaves to target the web at the source.

Insecticidal soaps are a great option for dealing with spider mites. It's mild enough to use repeatedly without harming the plant and strong enough to kill mites and their eggs.

You can buy the soap at garden stores or online. You can make it yourself quite easily - just put a few drops of soap in a spray bottle and shake it up. Note that it has to bereal soap. Dishwashing soap, and many handsoaps, are actually a detergent and not a soap. Detergents can harm your plants.

Insecticidal soap is a lot like neem oil in both application and effect, it's just weaker. It'll take a lot more persistence and a longer treatment to get rid of the spider mites for good. However - neem oil doesn't kill bees and insecticidal soap does, so keep that in mind while you're picking your poison.

Not all 8-legged beasts are evil (although arachnophobes might disagree). There are many species of mites that don't do anything but eat smaller mites. Those guys are your best friend.

Most regions have a natural wild population of predatory mites (but you can buy them online, too). They're probably responsible for keeping your plants protected the rest of the time that theyaren't infested with spider mites. They can eat loads of adults, and eggs, every day - keeping the pests under control.

Predatory mites are a great preventative measure but have limited usefulness in treating a full-on infestation. They simply can't eat enough spider mites to make a dent in a really bad scenario, and they can't reproduce fast enough to keep up.

See also
What to do with Succulent Cuttings and Leaves

If you're early on, though, they can stop it before the spider mites get established.

Don't use predatory mites with poison treatments like neem oil or insecticidal soap. That stuff kills the predators just as dead as the prey.

Having trouble with other pests? Start here!

« Hardiness Zones and Succulents
Shipping Succulents: How to Mail Plants »