Fungus gnats, sometimes called sciarid flies, are annoying pests that seem to crop up every few months. They are very similar to fruit flies in appearance and habits, the main difference being they haunt succulents instead of fruit bowls.

They thrive in damp conditions with decaying plant matter, so oftentimes you can prevent them by having good water habits and plant hygiene.

We put together a complete guide so that you can prevent and treat fungus gnat infestations.

Read Also: How to Get Rid of White Mites

Fungus gnats live most of their life under the soil as larvae. The little grubs live under the soil, munching on decaying plant matter and fungus. They will, however, also chew on the roots of living plants (which is why they must die).

Generally, the damage they cause is unnoticeable unless the larvae are present in huge numbers. Since they can stunt the growth of your plants, though, you'll want to get rid of them as soon as possible.

The larvae worm around for a couple of weeks before they pupate and turn into adult flies. Adults only live about a week or so. During that time, they lay up to 200 eggs (depending on the species). They're difficult to see, but they appear as minute, white specks that are bunched up in a small area.

See also
How to Get a Christmas Cactus to Bloom

The adults are totally harmless to people and plants, but they are definitely an eyesore. The larvae are not overly harmful, but there's no reason to tolerate pests in your plants, right?

Since the adults are so short-lived, it's important to work on destroying the larvae and eggs.

Read Also: How to Deal With Common Succulent Pests

How to Prevent Fungus Gnats on Succulents

As you know, succulents are supposed to have a dry, gritty soil. It's really not a conducive habitat for the fly larvae, so if you're having problems, it's likely because either your soil or your watering is off.

Ensure that your soil is draining water quickly - if you pour water in, it should come out the bottom within a few seconds. If that's not happening, add more grit to your soil in the form of perlite or pumice.

Another way to keep your soil dry is to place plants in bright light. The sun will help evaporate the excess. Humidity also tends to keep soil moist, which is why succulents prefer dry air.

Finally, I have had much fewer problems with fungus gnats since I started using top dressing on all my pots. A layer of decorative gravel at least an inch thick.

Read Related Reading: How and when to fertilize succulents

The good news is that fungus gnats aren't very tough. Of all the pests that can afflict your succulents, these are probably the easiest to remove.

Note that most of these treatments actually target the eggs and larvae. The adults only live for a short time anyway, so it's more important that you exterminate the next generation. Of course, if you kill all the eggs and leave the adults, they'll lay more eggs.

Unless you have a crazy infestation, it's usually easy to kill the adults with a flyswatter or by clapping them. Flypaper or the old dish-soap-and-water in a bowl works too.

While pesticides work on fungus gnats, they're generally pretty easy to get rid of without resorting to harsh chemicals. That's why we didn't include any in the following list.

Drying Out Your Soil

This is the method I always try first. It's pretty easy, just... don't water your plants for a bit. 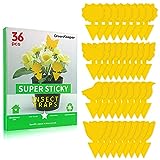 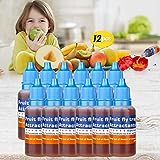 If I'm watering my plants every week, I usually just wait an extra 4 or 5 days. The fungus gnat larvae can't live in dry soil for very long, so extending the time between waterings is a good way to wipe out a whole generation of flies.

See also
How Long Can Succulents Go Without Water?

This method only works on succulents, of course. Most plants couldn't survive if you didn't water them for so long.

Just another of the many benefits of fat plants!

Another easy option - mix a few drops of whatever dish soap you have around into a spray bottle of water. Spray liberally on the soil of affected plants. Repeat every day until they don't show up anymore.

While this does keep your soil moist, the soap is poisonous and will hurt them more than help them.

I also spray this mixture at the adults flying around if I see them. I don't know how effective it is, but it makes me feel better.

A well-known antibacterial agent, but also effective for anti-fungal and anti-bug uses. We love hydrogen peroxide (H2O2) because it breaks down into simple water (H2O) and oxygen (O2) - so it's totally environmentally safe.

For anti-fungal uses, you would dilute it to about 3% strength. For bugs like these fungus gnats, it needs to be a little stronger. Try a 10% solution.

Hydrogen peroxide is safe to use on your plants up to 30% strength. You can put it on leaves, roots, stems, whatever. No problem. I like to pour the solution into the soil to get all the eggs, as well as put some in a spray bottle and cover the leaves.

Like most treatments, repeat it every day or two until the fungus gnats go away.

Cinnamon is a well-known home remedy for lots of garden ailments, pests included.

See also
How to Grow Succulents and Cacti from Seeds

It is cited frequently as a sort of panacea, but is it really a cure-all? Personally, I've found it moderately effective. I think it serves as a good deterrent to a variety of pests and fungi, but I don't think that it will necessarily fix those problems.

However, everyone already has cinnamon in their pantry so it's worth a shot. You have nothing to lose, right?

Sprinkle cinnamon liberally around the base of the plant on the soil. You can dampen it slightly with a spray bottle to keep it from being blown away.

It's made up of tiny microorganisms called diatoms. They come in fantastic shapes, much like snowflakes. Those shapes, however, have lots of sharp angles.

Those little fragments can cause a lot of damage if they get in the wrong place. They're so fine they can actually puncture cells! For bugs, DE is particularly lethal. It gets in between the joints of their exoskeleton and shreds them from the inside.

It sounds pretty aggressive, but hey, they started infesting your plants first.

Important: make sure you purchase food-grade DE. Regular DE has the potential to harm humans, but the food-grade version is safe (to eat, presumably, though I wouldn't do that.) Here's an excellent resource for more info on DE.

Once you have DE, sprinkle it on the top of your soil. It will slowly kill the adult fungus gnats who crawl around on the soil to lay eggs. If you spread DE thoroughly, it will also get the larvae that grow up and try to fly away.

See also
Where to Purchase Wholesale Succulents for Landscaping?

A: A fungus gnat’s life cycle takes anywhere from 18 to 30 days. If you spot fungus gnats on succulents, you need to act fast and kill not only the gnats but their eggs too.

Q: Should I worry about having fungus gnats in my home?

A: No, fungus gnats may be annoying, but they are in no way harmful to you or your family. They do not bite, and they don’t spread diseases.

Q: What should I do if I see gnats on succulents?

A: You should try and treat a fungus gnat infestation as soon as you notice them on and around your succulents as they do not go away on their own. Fungus gnats will die using natural methods, so try to treat the infestation naturally first.

Q: Why are fungus gnats attracted to my succulent plants?

A: Fungus gnats love moist conditions, so an infestation around your succulent plant could indicate that your plant is overwatered. Check the moisture levels in the soil before watering to avoid overwatering your succulent.

Q: Is it easy to get rid of fungus gnats?

A: Yes, look at the article above to discover how you can easily and naturally get rid of fungus gnats.

Q: What do gnats have the most?

A: Gnats hate the smell of Citronella oil. This is true for many fly species, not just fungus gnats.

Share your experiences with fungus gnats in the comments!

« How to Treat Scale on your Succulents and Cacti
What's the Difference Between Cacti and Succulents? »