Ah, scale. That scourge of succulents simply striving to survive.

Alliteration aside, scale is a nasty pest because it spreads quick and is relatively difficult to remove.

The good news is that, as far as pests go, scale takes a long time (or an intense infestation) to do serious damage to your plants.

Let's clear something up: scale is a broad category of insect that actually includes that other dreaded pest: the mealybug.

We've already covered how to treat mealybugs, so in this article we're going to talk specifically about hard or armored scale (which is what you normally think of when you hear "scale").

There are many different species of scale, but they all look similar (for the most part). All armored scale bugs are round or oval in shape, no more than a centimeter in diameter, and usually have dark coloration. They tend to be gray/brown/black. If you encounter scale of another color, it's probably a soft scale.

These guys don't follow the traditional insect cycle of egg-larva-pupa-adult. Scale has several different "pupa" stages referred to as nymphs or instars. Their appearance can differ drastically between these stages - so much so that you won't even recognize them as the same bug.

For the hard scales that we're discussing, those nymph stages are the only time they're really mobile. They have to be, because they haven't yet developed the armored shell that enables the sedentary life.

By the time they become adults, they've found a plant they want to settle down on and terrorize.

See also
How to Propagate a Christmas Cactus & Take Care of It?

The terrorizing happens via a straw-like mouth-part that is inserted into the plant to suck out the nutritious liquids within. That's why plants often look under watered if they're suffering from scale.

Interestingly, scale varies widely in its effect on plants. Some plants are mostly unaffected by the presence of these parasites - even in high numbers. Other plants succumb before you can even notice the problem. It seems to be dependent on the species of scale, rather than the species of plant.

These are tough little buggers to get off your plants. That hard armored shell they have is very effective at keeping away predators... including us.

Due to their tenacity, you'll need to treat more than once to get rid of scale for good. Expect to re-treat every few days for a couple of weeks before their reign of terror ends.

Fortunately, you've got time. Scale is not a time-sensitive infestation because it spreads quite slowly and (usually) damages plants even slower.

That being said - don't forget to quarantine any infected plant immediately (and check its neighbors).

Read Also: How to Revive a Dying Succulent

Normally, removing pests by hand would be a herculean task. But, well, scale is not like most pests. It's akin to pulling weeds, not chasing flies with a flyswatter. 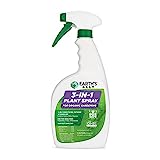 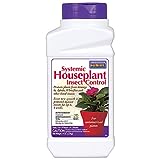 Ya see, scale doesn't move. It's also pretty easy to spot once you know what you're looking for. And, unless the situation is dire, they usually don't show up in huge numbers.

See also
How to Get Rid of Fungus Gnats

That means it's feasible to take them off manually.

You can remove scale by scraping it with your fingernail. If that's icky, use a credit card or a knife (gently). You might damage the stem of the plant, but a little scar tissue never hurt anybody.

While I've had success with this method personally, some people swear it doesn't make a dent on the scale population. Either way, everyone has some rubbing alcohol or nail polish remover in their bathroom so you don't have to go out of your way to try it.

You don't have to dilute the alcohol - your plants will be okay even if you use 100% solution. Put it on a cotton swab and apply liberally to the affected areas.

Repeat the treatment every day for a week or two and see if things start to clear up.

Another contentious topic, but neem oil is very effective at killing these bugs. Some people have experienced neem oil burning their plant as well - but that is easy to avoid.

The key thing to do to kill the bugs and not your plant is pretty simple: just read the directions. Maybe that's why people have trouble with it?

First, you're supposed to dilute the neem oil severely. Often to a 2% solution.

Second, apply it at night! Neem oil is, well, an oil. If your plant is exposed to grow lights or the sun while it has any kind of oil on it, the oil will magnify the light and burn the plant.

And, contrary to common belief, neem oil does NOT harm bees! It can affect other beneficial insects, so think twice before applying, but you don't have to worry about our buzzy friends.

AzaMax is the commercial version of neem oil. It's been refined to mitigate damage to plants without sacrificing effectiveness.

Many people opt to use AzaMax over neem because it is less likely to damage your plant. While you still have to take similar precautions, it's easier to mix and apply.

Remember, whenever using any sort of insecticide, to take precautions against collateral damage. You can harm insects you might not want to. If you spray too much and it runs off into a pond or stream it can harm the aquatic life.

While an old-fashioned remedy, insecticidal soaps are still a viable alternative to modern pesticides. They tend to be less harsh than their contemporary cousins, which means it's less impactful on the environment.

You can actually make an insecticidal soap at home very easily. Simply whip up a 2% solution of soap. That's about a teaspoon into a quart of water. Make sure you're using real soap-soap! Dish washing detergent or dish soap isn't actually traditional "soap".

Since soap is oil-based, don't use this technique while it's light out.

You can go au naturale and fight fire with fire... or bugs with bugs.

Ladybugs and lacewings are both commercially available (yeah, you can buy live ladybugs on Amazon) beneficial insects.

It's a difficult task for bugs to penetrate the armored shell of a scale. However, their larval and nymph forms are very squishy and very vulnerable.

See also
How to Care for Aloe Vera

Ladybugs and the like probably won't have much of an effect on the adult scale infestation, but you can be sure they will prevent any babies from growing up. Ladybugs are actually vicious (if you're smaller than them).

I wouldn't use this method in my house, of course, but in an outdoor garden it's a great, natural way to prevent future outbreaks.

Hopefully one of these methods has inspired you to fight back against your scale. If one fails, don't give up! Try another technique!

What tricks have you successfully used to fight scale?

« Native Succulents of Australia
How to Get Rid of Fungus Gnats »