How to Treat Mealybugs on your Succulents

Succulents, fortunately, are only susceptible to a few kinds of pests. Mealybugs are probably the most common one we have to deal with, and fortunately, they’re one of the easier bugs to squash.

I was in the middle of my morning admiration session, browsing my office window planter, when I saw something disturbing. A little cottony fluff on the inner rosette of my Echeveria ‘Black Prince’.

Admittedly, my ‘Black Prince’ isn’t very black. It would need to be sun-stressed to look as sexy as these.

Anyway, there are a couple things that could be the reason for that cotton on my plant. There are wooly aphids, but those hang out on woody plants usually. It could be a spider egg sac, but those are bigger (and usually spherical). Spider mites spin very wispy webs, but they’re not nearly as thick or cottony as this. We’ve covered dealing with the usual succulent pests in this article.

So the most likely candidate is mealybugs. Their cotton is a lot more messy. And usually, when you find them, there’s a lot of ’em. 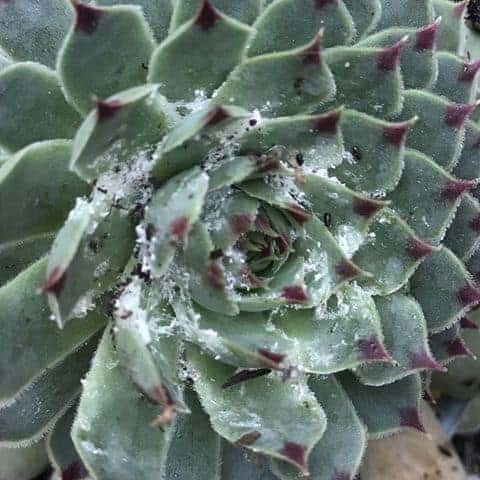 This is a more typical infestation. And more sad.

I was lucky though. I caught it very early, before it could spread. I was able to treat it immediately. And I did.

I averted a disaster today that might have forced me to throw out that whole planter. Read on to learn more about dealing with mealybugs.

In order to do battle, it’s important you know your enemy.

Mealybugs are a kind of scale insect, actually. They’re unarmored, unlike the pest you think of when scale is mentioned. And, also unlike regular scale, mealybugs retain their legs throughout their whole life. They are called mealybugs because they secrete a white, powdery wax that helps protect them from potential predators. 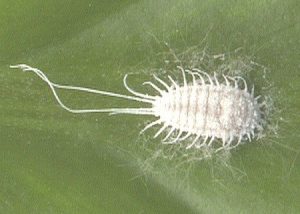 There are many species; they’re found the whole world over. The thing they have in common is that they love to live in warm, moist places. If you have an infestation, ensure that your plant is in a place with little humidity and doesn’t stay wet for long (which is good practice for succulents anyway).

Interestingly, the mealybugs you see are either females or juveniles. The males have wings, and don’t hang out on plants. They don’t even have mouths, actually. They live a short time for the sole purpose of mating. They also look completely alien to their female counterparts – more like wasps or flies. 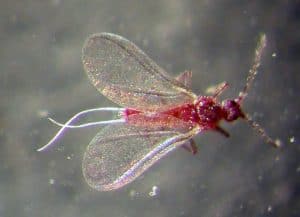 It’s hard to generalize about a genus of insects that has a lot of diverse species, but they all have a lot in common. They possess mouth-parts that penetrate a plant to suck out juice – which will weaken or kill a plant if enough are present. They prefer new growth, which further harms the plant. Various species have several iterations of larva and nymph stages. Adult females die after laying eggs (between 300-600). The average mealybug life lasts between 6 weeks to 2 months, but breeding continues year-round indoors as generations overlap.

How to Treat a Mealybug Infestation

Fortunately, mealybugs aren’t very tenacious. There are lots of ways to get rid of them.

The first step, as with any infestation, is to quarantine the plant to prevent spread. After that, start your treatment with one of the following methods.

The simplest way, perhaps, is to use mechanical pressure. A high-powered stream of water will remove most adults and probably their eggs. You can use a garden hose with your thumb on the mouth, or a spray-faucet from your sink. A wash bottle, like the one pictured above, will help you get in those hard-to-reach places with some power. Rinse thoroughly, especially in all the nooks and crannies, until you can’t see any trace. Watch the plant carefully over the next couple days to see if mealybugs reappear, then treat again. You may have to unpot the plant during this process to make sure it doesn’t drown. It’s OK to leave it out of soil while you’re treating it.

Obviously, this works better on sturdier plants like agaves or cacti. Succulents with leaves that are prone to falling off are poor candidates for this procedure.

Rubbing alcohol, nail polish remover – whatever you’ve got, really. I used the 70% isopropyl alcohol I keep in the medicine cabinet. Applying this directly to the affected areas should clear it up quick. Turns out that bugs don’t really like being covered in alcohol. Who knew? Definitely not me; that sounds delightful. (Just kidding, don’t drink isopropyl alcohol. You’ll die. Only drink ethanol alcohol.)

Most people recommend you use the alcohol at 50%-70% strength. That is more than enough to kill the pests, but won’t harm your plant. In fact, even a 100% alcohol solution probably won’t have an effect on most succulents. One of the main characteristics for our fat plants is their thick cuticle. That’s the layer of waxy substance on the leaf that prevents liquids from going in or out (for the most part). It’s a great adaptation to prevent water loss which, coincidentally, is one of the ways high alcohol content harms organisms.

Use a wash bottle like the one we talked about earlier to get those bugs in corners. Small infestations can be attacked by soaking a Q-Tip in the alcohol and giving it a little scrub. If the infestation covers a lot of the plant, use a spray bottle and just drown that bad boy. Alcohol evaporates quickly, so you don’t have to worry about the moisture hurting your plant. 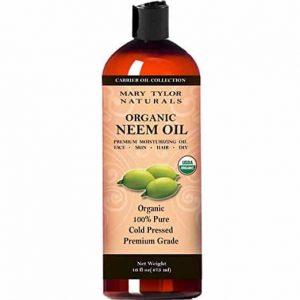 Neem oil is one of those natural substances people use for everything – skin care, hair care, and pest care. It’s an antiseptic, anti-fungal, and anti-insect. It will not (directly) harm any of your plants either, which is awesome!

However, you have to use neem oil in a very specific manner. It needs to be diluted before using. Check the directions on your product, but it’s often something like 1 ounce of neem oil to 1 gallon of water. Note also that, as an oil, it tends to stick to things much longer than water. If you apply neem oil to your plants during the day, the combination of sun and oil will burn your plants.

One of the great things about neem oil is that it does NOT affect bees, unlike many other insecticides. It works primarily by being ingested by insects munching on plants covered with neem.

If you don’t mind spraying at night, neem oil is an extremely effective measure. Maybe even too effective.

Azamax is highly lauded as a safe pesticide that is highly effective. Remember, however, that pesticide effects can rarely be limited to one kind of pest. It’s lethal to many soft-bodied insects, so be cognizant of when and how you apply. Remember that neem oil and its derivatives, while not harmful to mammals at all, can hurt aquatic life. Don’t use near water features or allow it to drain into sewers. 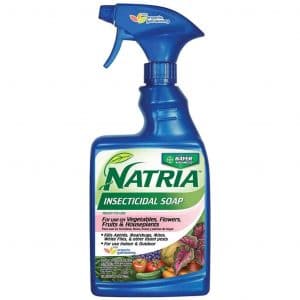 An old-fashioned remedy, but still a good one. Insecticidal soaps lost popularity to stronger (and harsher) chemical insecticides, but are making a resurgence with the rise of eco-friendly and organic gardening. These work well on many soft-bodied insects because the potassium salts of the fatty acid chains (soaps are made from animal fat or vegetable oil) wreaks havoc on the cell membranes of the bugs.

With a low environmental impact, Sublime Succulents is happy to recommend commercial or homemade insecticidal soaps. To make your own, simply make a 2% solution of liquid soap. That’s about a (big) teaspoon in a quart of water. Be sure you’re not using dish soaps or detergents. That’s not real “soap”. Spray liberally on plant, retreat every couple of days until infestation is gone. Remember that this is oil-based, so avoid doing it in direct sunlight. 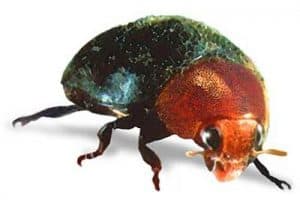 Of course, you could do it nature’s way – with predators. Mealybugs are a juicy snack for several other insects. You probably already know you can purchase live ladybugs for aphid control, but did you know they like mealybugs too?

Even better than your common ladybug is its close relative – which we have dubbed the mealybug destroyer. I didn’t make it up: that’s what they’re marketed as. And they do exactly what their name implies. A few of these beetles on each infected plant will clear up the problem in mere days. These guys can eat thousands of mealybugs in their lifetime.

And it’s a low effort-solution too – you can buy these on Amazon, for goodness sake. You shake a few out onto affected plants and let them work their magic. You can keep the extra ones in your refrigerator for a couple months to use later, if necessary. Or, let them go. While they hail from Australia originally, they were introduced to America in the 1800s and have since been naturalized. I probably wouldn’t use these in my house, but I love having beneficial bugs in my backyard.

If you decide to go this route, you’ll need to be aware of other bugs too, namely ants. Mealybugs, and other plant pests like aphids, secrete a sugary substance that ants really love. If ants find a bunch of mealybugs making this sugar water, they’ll often hang around and protect the mealybugs so they can continue to benefit. Those ants will kill a predator like ladybugs or mealybug destroyers. If you mealybugs have teamed up with ants, an insecticide is your best bet.

Hopefully one of these solutions helped deal with your mealybug problem! Which one worked for you? Tell us in the comments!

How to Repot Succulents

Repotting your beloved plant can be daunting if you’ve never[...]

White is often considered to be a symbol of peace[...]