How long Do Succulents Live

Unfortunately, there is no single answer to how long succulents live. Succulents are an incredibly diverse group of plants and their lifespans can range from just a few years to several hundred years or more.

Even narrowing it down to a specific genus won’t help you. The lifespans of succulents and cacti vary as widely as their appearances. If you really want to know how long your succulent should live, you’ll need to know what species you’re caring for.

The average lifespan of a succulent is influenced by its environment and care, so how you care for your plants will have an enormous effect on how long they live. Obviously, plants experiencing the harsh extremes of the wild are less likely to reach their maximum lifespan than those living the cushy life indoors.

In order to make the most out of your succulent garden, you want your plants to live as long as possible, so it’s important to take proper care of them. This means providing them with an environment similar to the one they are native to, without the added stressors of living in the wild, of course. 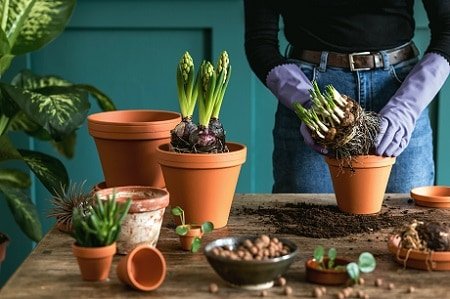 Regardless of species, succulents tend to be rather slow growers. This is due in part to the harsh environments where they often live, which often do not provide enough water or nutrients to satisfy a fast-growing plant. Since their growth is so slow, most species of succulent will take a few years to reach maturity.

Many succulent species also cycle between seasons of dormancy and growth. During a dormant period, succulents grow at a much slower rate than normal. However, dormancy can be completely avoided as long as you provide your plants with the same conditions that they enjoy during their growing season, such as warmer temperatures increased light and water.

However, growth is not the only characteristic of a plant that affects its lifespan. The way in which a succulent propagates, or reproduces, will also have an effect. Some species do not live for long and instead live on through future generations via propagation. A few species, known as monocarpic succulents, will even die immediately after flowering.

Since succulents are so diverse, it’s important to thoroughly research each plant you bring home. You’ll be unable to predict how long your succulents will live if you don’t know much about them. When it comes to succulent care, knowledge is power, so do enough research that you have a good understanding of each succulent’s life cycle and needs.

The Average Lifespan of Common Species

An example of a succulent that lives on through its offspring, rather than a lengthy lifespan is Sempervivum. Also known as Hen and Chicks, this plant propagates plentifully, but each plant typically lives for only three or four years.

The lifespan of Aloe varies widely according to the individual species, but most species live for somewhere between 5 and 20 years. Unlike Agave, Aloe plants are polycarpic, which means they can bloom repeatedly throughout their life.

Depending on the species, the lifespan of Echeveria can range from just three or four years to over a decade with the right care and conditions. Echeveria is also able to bloom more than once in their lives.

Most Crassula ovata, or Jade plants, can live for over 20 years in the harsh conditions of the wild, but with the right care a Jade plant is capable of living for up to 100 years.

One of the longest living succulents is the Saguaro cactus, which has an average lifespan of 150 to 175 years. However, under the right conditions they are capable of living for over 200 years. The oldest known Saguaro, known as Old Granddaddy, was estimated to be around 300 years old at the time of its death in the 1990’s.

The most important aspect of keeping your succulent alive for a long time is proper watering. Overwatering is the single most common cause of succulent death. Remember, succulents are drought loving plants so in most cases you want to water them heavily and let the soil dry before watering again.

Proper watering techniques won’t do your plant any good if you don’t provide it with proper drainage. To prevent root rot, you need to plant your succulents in the right type of soil. Succulents tend to prefer sandier soils as opposed to clay-heavy soils. Don’t forget that your container must also provide adequate drainage!

Most species of succulent enjoy plenty of sunlight. Without enough light, your succulent may survive, but it won’t thrive. If you want to maximize your succulent’s lifespan, you need to give it more than the bare minimum.

Some species of succulent may also need fertilizer from time to time. As always, you’ll need to do your research to make sure you’re providing your plants with the appropriate nutrients. Some plants may be fine with a simple repotting, while others may need more frequent feeding.

It may seem obvious but protecting your succulents from pests and disease is essential in maximizing their lifespans. Common pests can be relatively easy to treat, as long as you catch the infestation in its early stages. Proper watering techniques will also prevent your succulent from developing deadly diseases.

If you’ve done everything you can to help your succulent live a long and healthy life, you can continue that life cycle by propagating your beloved plant. Propagation is relatively simple with most species. Succulents can typically be grown from seeds, cuttings, or offsets. Again, you’ll need to research each species to be sure what propagation method works best.

Some plants can be grown from seed easily, but in general, it’s much easier to propagate succulents and cacti from cuttings or offsets. Even the most inexperienced gardener is capable of propagating his or her favorite succulents, so let your plants’ legacies live on through propagation!

Tarah Schwartz is a freelance writer living in Scottsdale, Arizona. Her life in the desert has inspired a passion for succulents and cacti.